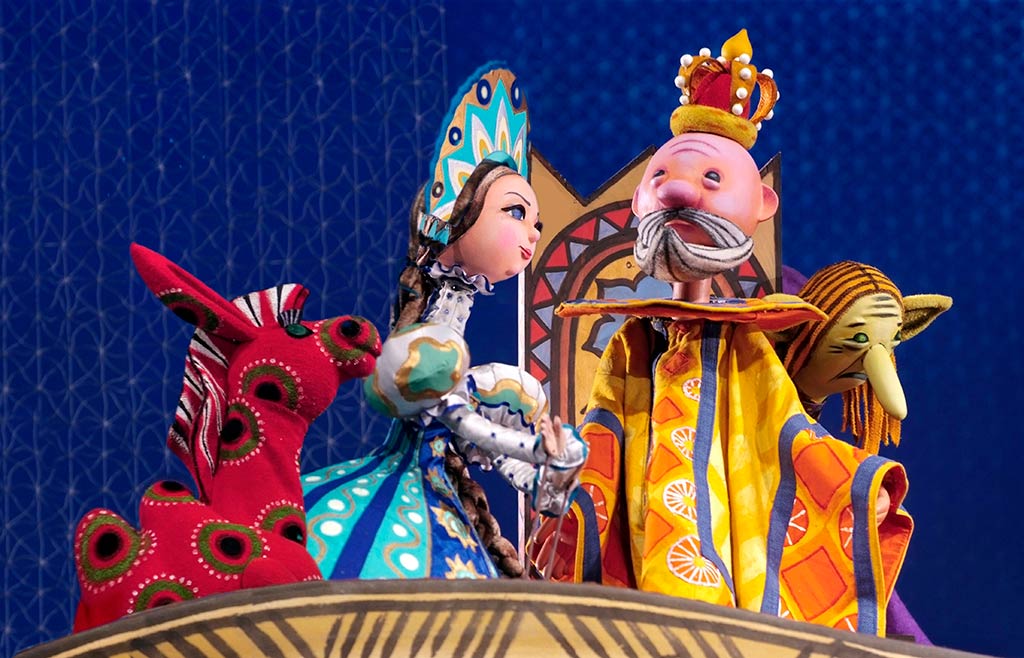 Puppet miracles in two acts based on the fairy tale of P. Ershov.

Different characters can be met in the world of fairy tales. There are handsome princes and insidious villains, fire-breathing dragons and sleeping beauties. However, every country always has one of the most beloved characters — a true Friend. Carlson is from Sweden, Winnie the Pooh is from England and the Little Prince is from France. Russia’s one of the most faithful fairy-tale friends is a tiny ugly-looking squiggle-like but magical Little Humpbacked Horse. The long-eared funny Humpbacked Horse, wonderful firebirds and the huge Wonder-Whale-Fish make this fairy tale very tempting for a puppet theater. All sorts of incredible incidents of the plot simply captivate the puppeteers’ imagination.
With the help of the various modern «puppet» opportunities in the Central Puppet Theater named after Sergei Obraztsov, director — Honored Artist of Russia Vladimir Berkun and artist Evgenia Shakhotko presented «puppet miracles» based on Ershov’s fairy tale «The Little Humpbacked Horse». The charm of the fairy-tale lubok is revealed in the reviving scenery. Moving screens help to change the scene instantly, transferring the audience from the village where Ivan the Fool’s brothers lived to the royal chambers or to the seashore or to the palaces of the Moon.

Evgenia Shakhotko is a student of the famous artists V. Leventhal and S. Alimov. She is the author of many performances. Here in The Little Humpbacked Horse, her characters are made in the style of Russian popular prints — lubok. The kind and lucky Ivan the Fool, the eccentric Tsar, the insidious envious Spalnik, the beautiful Tsar Maiden came to life in the famous Obraztsov puppets. The most unusual trick embodying outlandish transformations can be hidden in a theatrical puppet. For example, in the scene of the theft of the Firebird’s feather, one of the Spalnik’s arms suddenly stretches out! A «gigantic» Wonder-Whale-Fish puppet (4 meters long, 2 meters high) was designed especially for this performance, for the first time. This puppet releases a water fountain and opens its mouth with swallowed ships floating out of it! 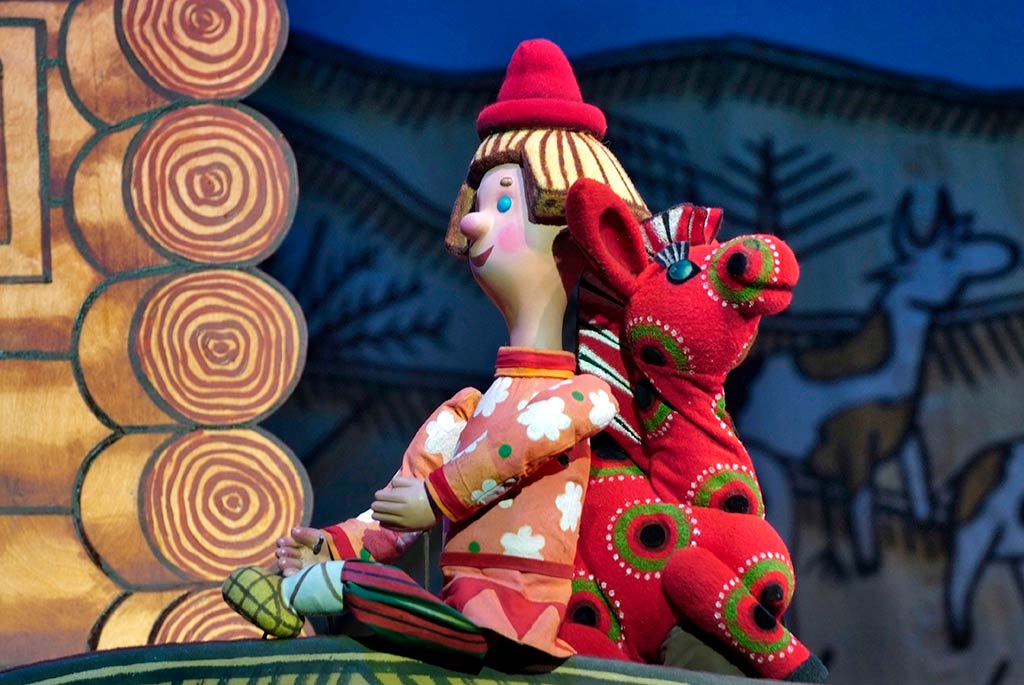 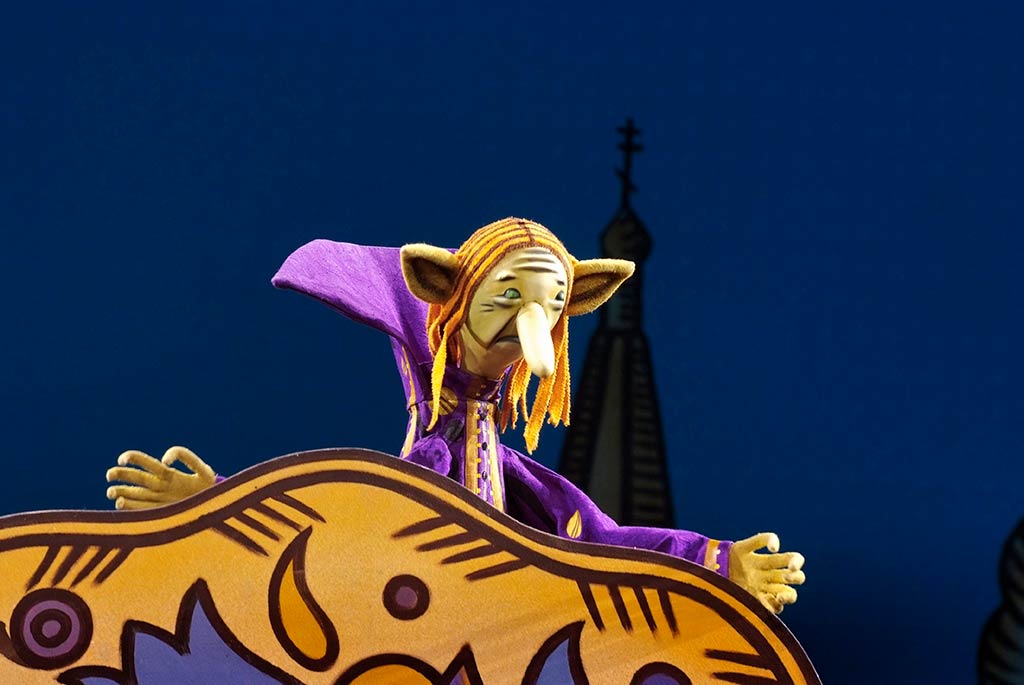 Authors of the stage version for the puppet theater