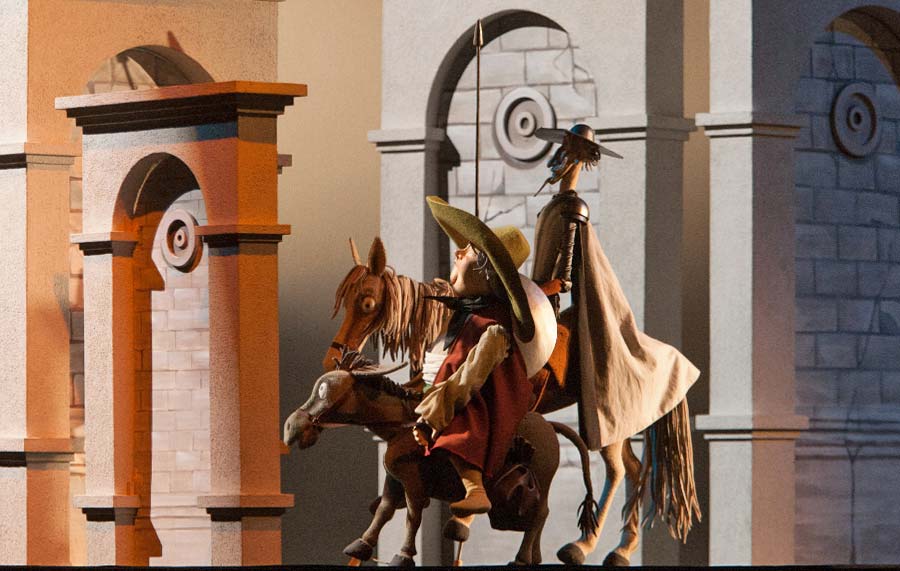 A Romancero with puppets

Poor nobleman Don Quixote, an old and lonely eccentric man, having read old chivalric novels, imagined himself to be ... a wandering knight. He put on a barber's basin instead of a helmet and armed himself with a rusty sword and a shield. He takes the fat Sancho Panza as a squire, and goes on a quest against the world's injustice. Monsters, chimeras and all the strangest figments of the hidalgo's morbid imagination come to life on stage. All of them are embodied in the form of amazing puppets. And only the image of his Lady of Heart remains a distant dream, a beacon leading the knight  to the light.

The director of the play Ekaterina Obraztsova: "I wanted to reproduce what puppetry can do – to embody the fantastic world of Don Quixote's madness, to make  all the monsters that he saw visible and tangible. Everything that appeared to him, everything that he fought with - dragons, chimeras, evil dwarfs, everything! It will be a puppet poem about Don Quixote in the manner of Spanish romanceros, beautiful on the one hand and tragic on the other. I wanted to create a story that would include comedy, tragedy, and poetry." 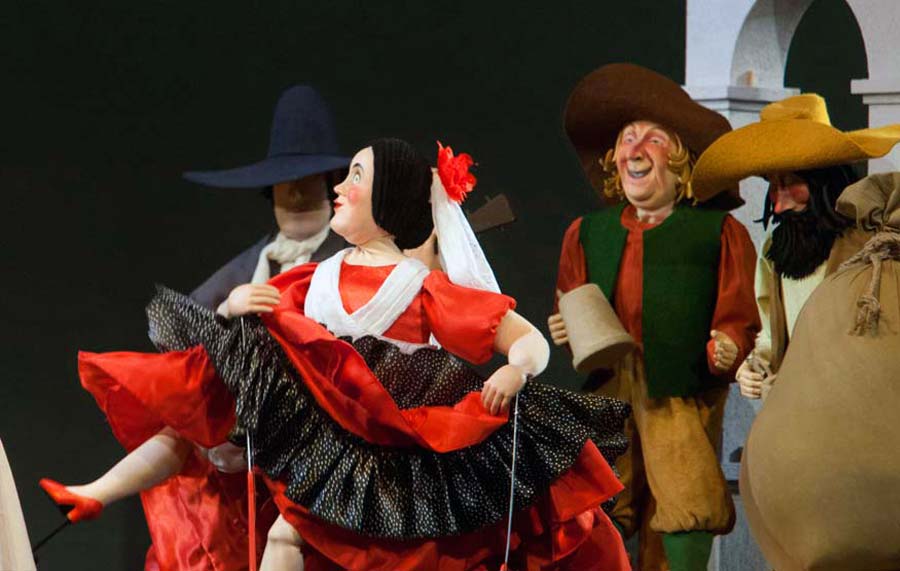 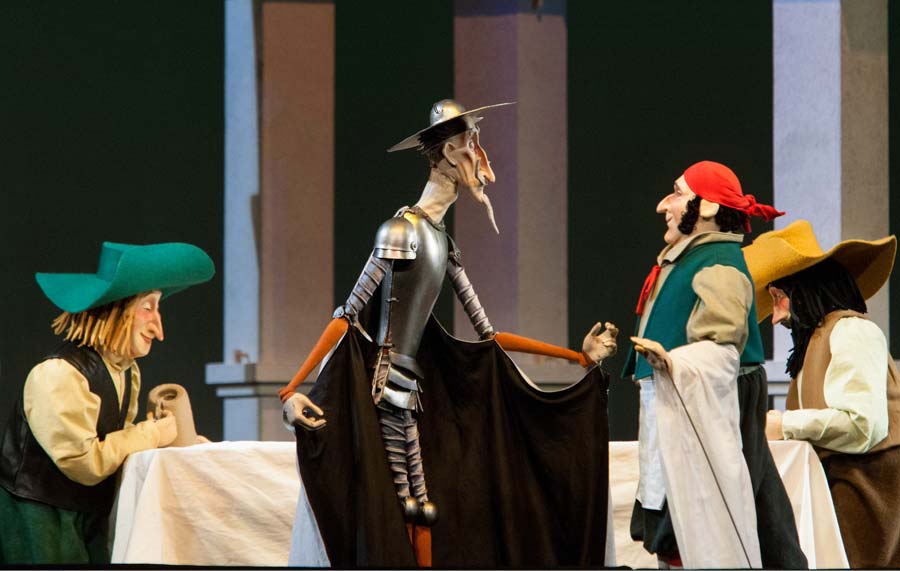 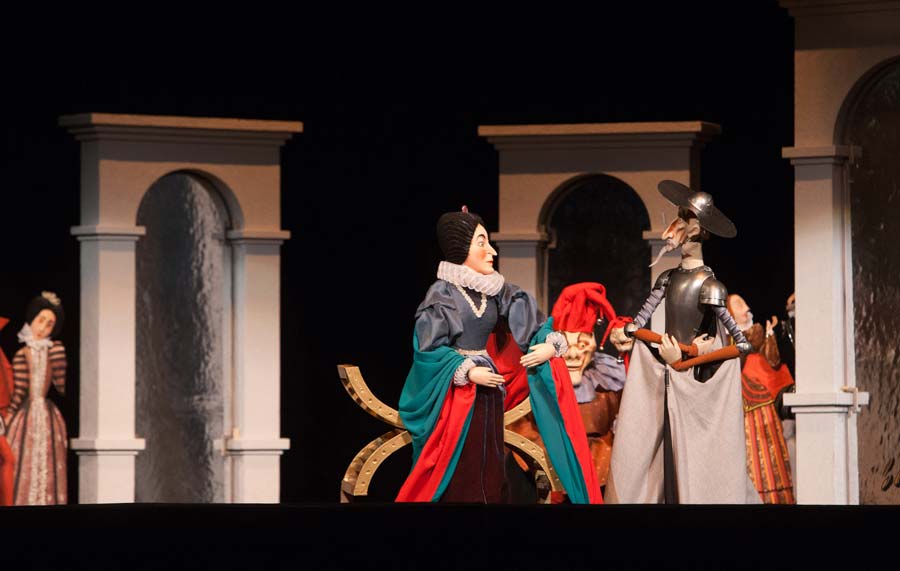 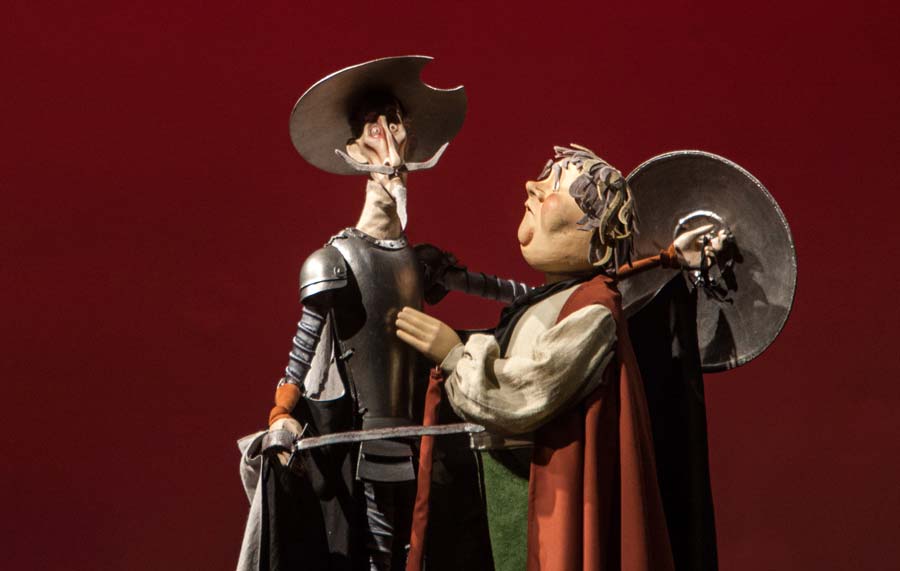 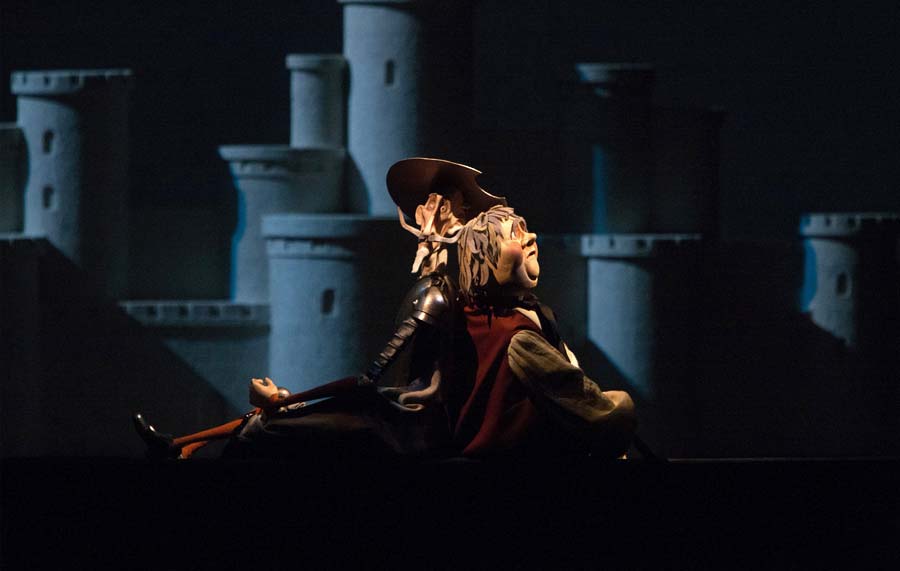 The authors of the play

Music in the play is by
Manuel de Falla, Joaquin Rodrigo
and other composers.